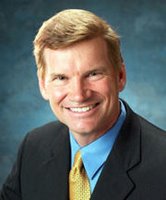 Of all the Haggards, my fave is Merl. But Ted runs a close second. Even before all this news of gay prostitutes and meth, I was entertained by that wacky persona. He always seemed on the verge of transcending his beady-eyed sanctimony and going completely batshit insane. I saw him interviewed once and thought, "Now that's a guy who really needs to get laid."

Apparently, that wasn't the problem. The batshit part is transparent, though. It's hard to be yourself when you're the head of a 30-million-member organization that just doesn't understand your needs. So he had to split off that whole part of his personality. But that never works. In Jungian terms, his shadow material just got too big for the bag he was carrying it in.

Anyway, he's free now. Free to do you and me. But maybe he'll pull a Swaggart, with a big weepy public apology, throwing some blame at Satan and pornography and childhood abuse. Plus the meth. Which he threw away. But still.

Hey, I wonder if Ted ever bumped into Jeff Gannon at a White House prayer breakfast or press conference (not to be redundant )...? 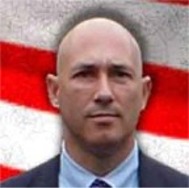 Why is it so deeply satisfying when this kind of hypocrisy is exposed? I don't think it's straight Schadenfreude, or however Bighead Needleman spells it. There's just nothing like a gay basher turning out to be gay. It's like redemption. God works in mysterious ways.

Surely someone has charted the history of scandals like this, from the Puritans through the 19th century through Elmer Gantry and right on up through this recent rash of right-wing hypocrites. It would make a pretty good book.
Posted by Jasph at 9:28 AM

The thing that's truly sad about this, to me anyway, is that there were people (I'm imagining elderly, lonely, otherwise not at the top of their game) who invested a lot in this guy, both emotionally and probably financially.

Now they'll have to go along with the rationalizations you've outlined, or come up with their own, or lose faith all together.

I'm a huge fan of the comeuppance, and as such this is a great chapter in the book, but it is sad for people who put their trust in the wrong place.